Not Rated Yet Author: Gary Ashwill 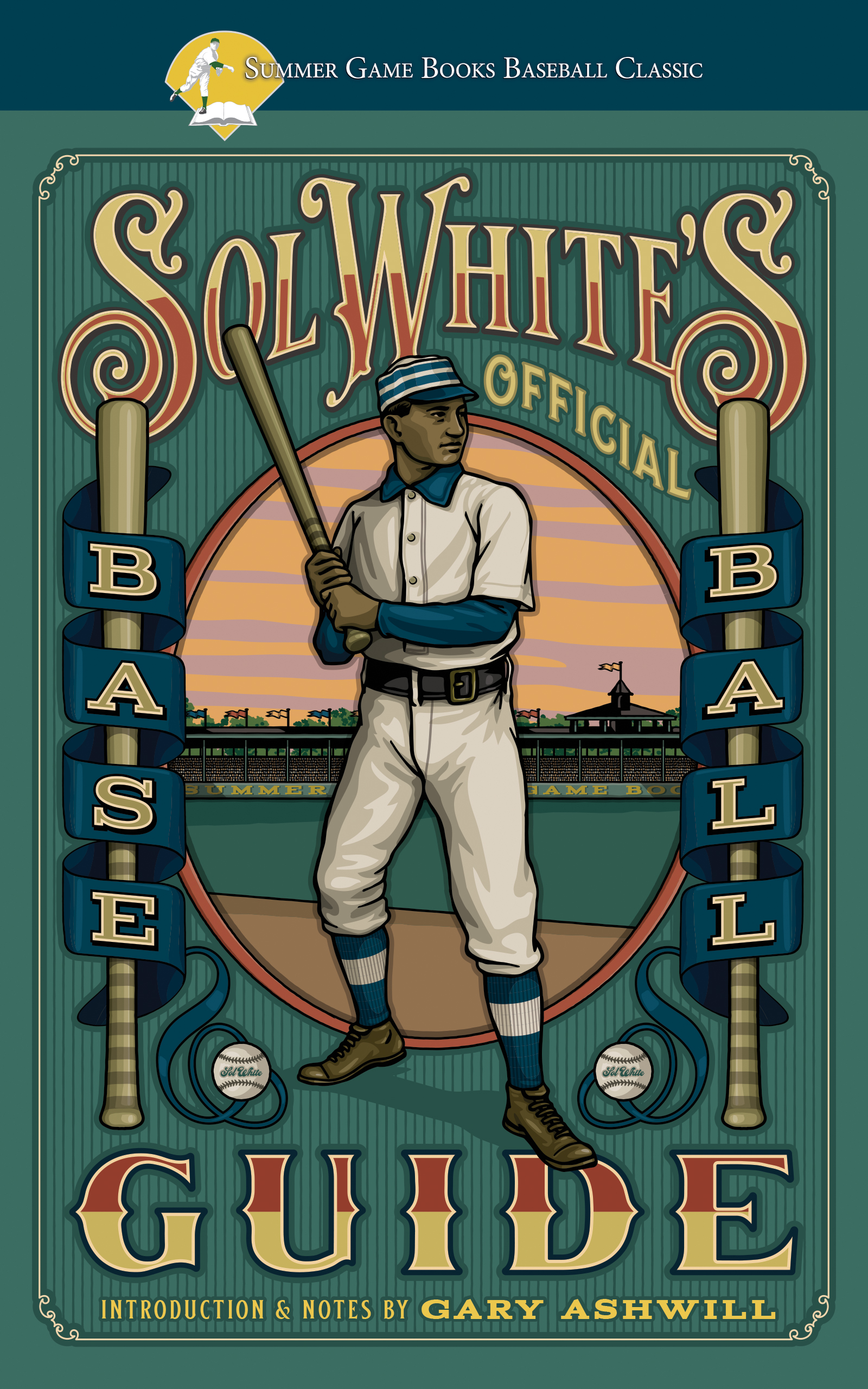 Sol White was a star player and manager in the early years of organized black baseball. In 1907 he teamed with sports writer and team owner Walter Schlichter to publish the first and only history of the stars, teams, and great feats of the era. The writing is all White’s; Schlicter provided the backing. This unique window into the important chapter in baseball history includes descriptions of the skills and feats of the top players, accounts and box scores of championship matches, and 57 invaluable photographs. Also included are essays by luminaries of the time: Art and Science of Hitting, by “Home Run” Johnson, and How to Pitch, by 1981 Hall of Fame inductee Rube Foster.

The Summer Game Books edition is the first in nearly 20 years. Gary Ashwill, a highly respected Negro Leagues historian, provides an introduction and text notes that include newly-discovered information about the players and events recounted in the book, much of which was uncovered by Gary's own painstaking research into the era. Gary's "Who's Who" section provides fascinating thumbnail biographies of the star players covered in White's guide.

The Sol White Guide is a work of major historical importance.  Much of what is known about the players, teams, and championship series of these early years of professional African American baseball comes from this work.  "King Solomon," White, as he was also known, introduces his book this way:

"I have endeavored to follow the mutations of colored base ball, as accurately as possible, from the organization of the first colored team, in 1885, to the present time [1907]..."

And he concludes his guide with an assertion, proven to be true 40 years later with the arrival of Jackie Robinson:

"For the players of today, with the same prospects for a future as the white players there would be a score or more colored players cavorting around the American League or National League diamonds at the present time."

The complete introduction by Gary Ashwill can be found here.

Samples from the Who’s Who Section

Page 36: “J. GARCIA (Deceased)” White originally identified this player as “A. Garcia,” but his name was in fact John Garcia. He was a Cuban immigrant and quite possibly the only genuine Cuban ever to play for the Cuban Giants. On October 1, 1904, during a Cuban Giants game against a team called the Woodhulls at Kings Park in Jamaica, Long Island, Garcia caught a foul ball, then collapsed. His teammates immediately carried him across the street to St. Mary’s Hospital, but he was pronounced dead on arrival, appar¬ently of heart failure. His death was front page news in the New York Times. Within a few days it emerged that he had had two wives, one black and one white. They unaware of each other’s existence until both tried to claim his body (“Caught the Ball and Died,” New York Times, October 2, 1904, 1; “Two Claimants for Body,” Brooklyn Daily Eagle, October 7, 1904, 19).

Page 78: “CHARLES GRANT” Most famous as the player John McGraw tried to sneak into the major leagues as a Native American (see page 93), Grant was a fine defensive second baseman but only a fair hitter. Sol White would later remember him as an especially sure-handed fielder. “I will give any ‘fan’ a good ten-cent cigar,” he wrote, “who will call my attention or, rather, recall my memory to an error on a ground ball or a muffed fly by Charley Grant” (“Old-Time Baseball Players,” New York Amsterdam News, March 6, 1929, 8).