« The Seventh Babe: A Novel by Jerome Charyn7-Player Baseball Revolution: A Training Guide for Faster, Smarter, Winning Players »
Back to: Published

Not Rated Yet Author: Thad Mumau 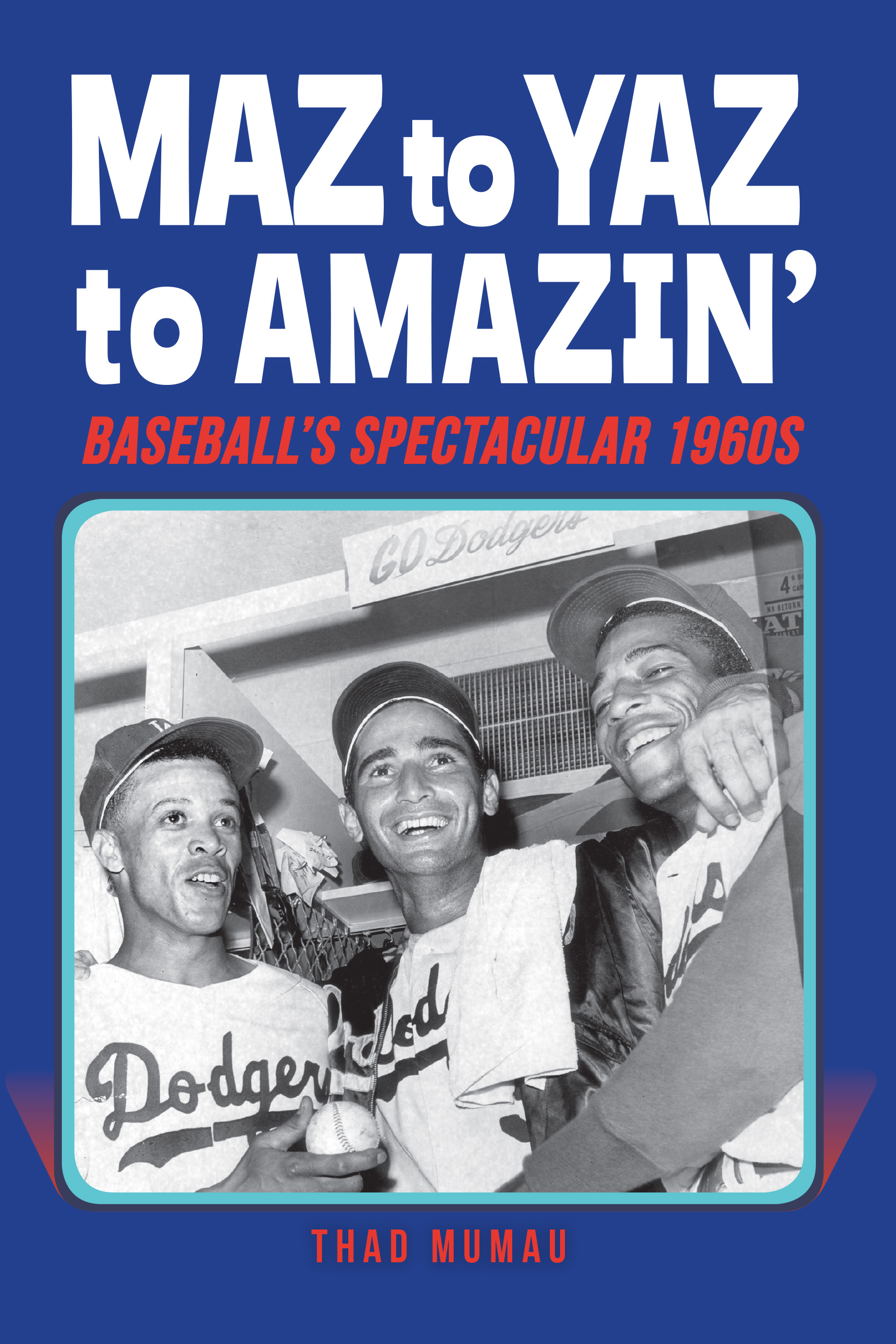 The majesty and magic of 1960’s baseball created a legion of lifelong fans. 1960’s baseball was momentous at every turn—from monumental home runs, to thrilling pennant races, to great World Series, to unparalleled pitching excellence. Threaded throughout the decade was a siege of freshness. New stars, new teams, new rules, and new ways of playing that changed the game forever.

No fewer than 54 Hall of Famers played in the ‘60s—more than any other decade—many of whom are among the greatest legends in the history of the game. Ted Williams and Warren Spahn said good-bye, Pete Rose and Reggie Jackson said hello, and Mays, Aaron, and Robinson kept on keeping on.

In Maz to Yaz to Amazin’, Thad Mumau captures the on-the-field tremors from Opening Day until Game 7, from Stan Musial to Dick Allen, from the Yankees’ collapse to the Red Sox’s Impossible Dream. His intimate and informed account is part romance for a simpler game, part historical report of a decade of unparalleled feats, part roll call of the fascinating and fabulous ballplayers who filled the dugouts during those years.

Chapters alternate between a recap of each season and a review of the decade’s most significant events—including the biggest trades, two expansions, changes in strategy, the impact of African American and Hispanic players—plus exclusive interviews with two of the greatest players of all time, Tom Seaver and Roberto Clemente!

Maz to Yaz to Amazin’ has statistics and stories about more than 400 players, ample photos, and portraits and funny anecdotes about classic 1960’s figures like Smoky Burgess, Rocky Colavito, Moe Drabowsky, Mickey Lolich, Joe Pepitone, the Alou Brothers, Vada Pinson, Paul Blair, and on and on.

Whether you have Manny Mota’s lifetime stats memorized or think Blue Moon Odom is a craft beer, Maz to Yaz to Amazin’ is the go-to source for everything 1960s baseball!

1. Baseball at Its Best

7. The Strategies, They Are A-Changing

15. A Talk With Tom Terrific