« The Seventh Babe: A Novel by Jerome CharynBaseball's Untold History: The World Series »
Back to: Published

Breaking the Slump: Baseball During the Depression 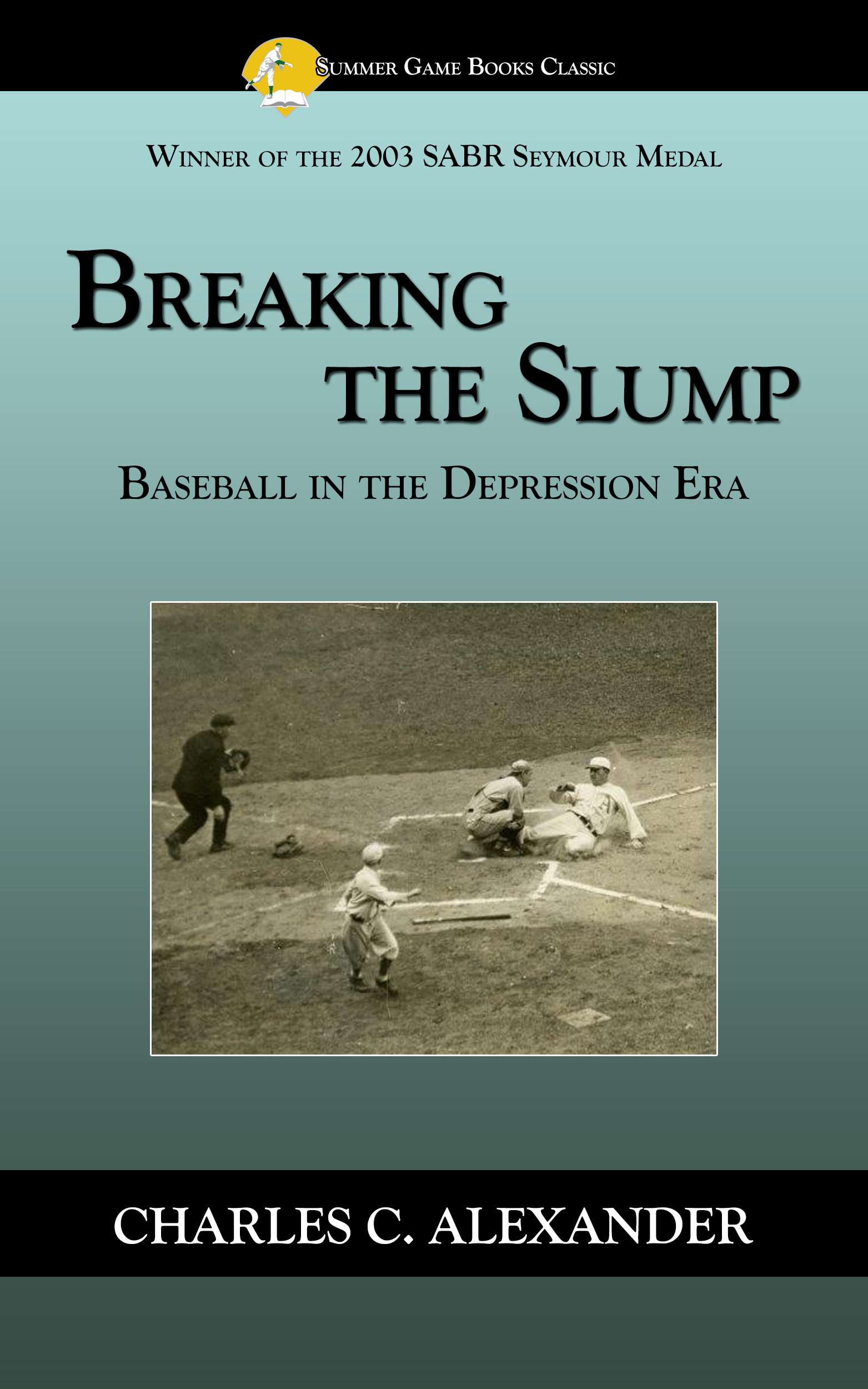 eBook 352pp. pub 12/24/15. A thorough history of baseball through one of America's darkest chapters, enduring great challenges to become even further ingrained in the fabric of American culture.
Ask a question about this product
Array

The first comprehensive history of baseball during the Great Depression, by the esteemed Charles Alexander. Read about the players, personalities, and political forces that shaped and guided America's most beloved game, and allowed it to continue to thrive even through some of the country's darkest days.  It is a tribute to our National Pastime that baseball took on even greater importance to millions of Americans while so many suffered through challenges to survive.

Great teams like the Philadelphia A's and St. Louis's Gas House Gang, as well as superstars like Lou Gehrig and Lefty Grove, the departure of Babe Ruth and arrival of Joe DiMaggio. The Negro Leagues are covered extensively, which were enjoying some of their most dynamic and exciting seasons, and were populated by some of their greatest stars, like Satchel Paige, Josh Gibson, and more.  The era also included some of the greatest offensive seasons ever, as well as the most exciting World Series.

As he does with all his histories, Alexander captures both the flavor of the game and the times about which he writes; the result is both informative and highly entertaining.  Winner of SABR's prestigious Seymour Medal in 2003, recognizing the year's best book of baseball history or biography.