« Belles of the Ballpark: Celebrating the All-American Girls Professional Baseball LeagueTed Williams: A Baseball Life »
Back to: Published 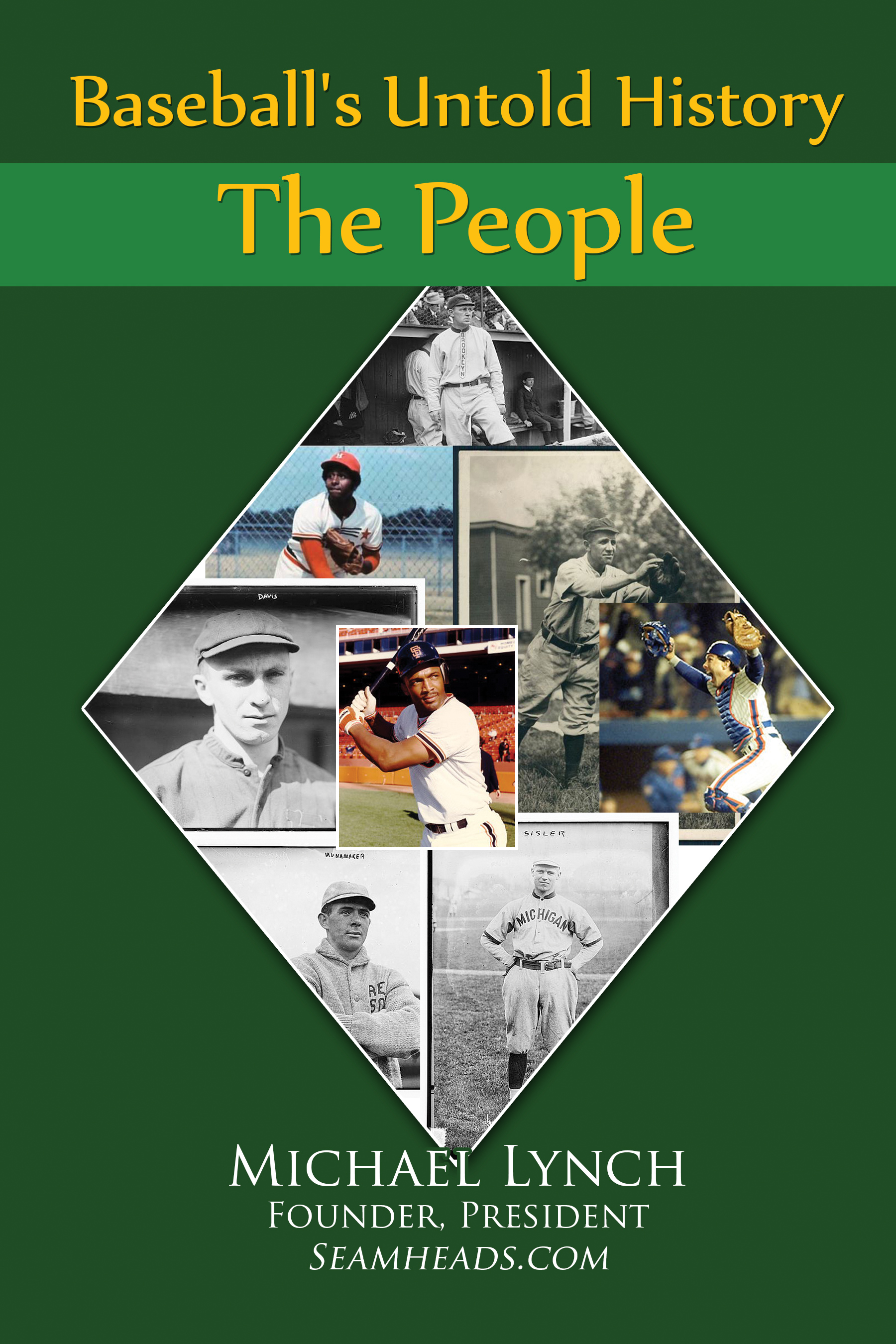 In the first of the four-book Baseball’s Untold History series, Mike Lynch tells readers about some of the most unusual and in some cases virtually unknown characters major league baseball has ever seen. Thirty-twoplayers are profiled in all – from one-day wonders to Hall of Famers – all with one thing in common: fascinating stories about which even die hard baseball fans will say “Really?”

From tragedy – Astros’ star Don Wilson’s mysterious death from carbon monoxide poisoning – to front office intrigue – Gary Carter’s unceremonious departure from Montreal; from amazing feats – Cy Seymour’s pitching and batting prowess, the best this side of Babe Ruth – to incredible flops – Chris “The Tin Man” Brown, he of no heart, who once missed time due to a “bruised tooth.”

Baseball's Untold History: THe People is a collection of fun, fascinating baseball writing you can read all in one sitting, or savor one-at-a-time.

Part I. From Fame to Misfortune

Part IV - Beyond the Stars

Part V - Around the Diamond

Hall of Famer Fred Clarke was playing for the Savannah Modocs of the Southern Association in 1894 when he was acquired by the National League’s Louisville Colonels under bizarre circumstances.

The Modocs, led by Honest John McCloskey, found themselves stranded in Memphis without the means to pay for their lodging or train fare home. Colonels stock holder Barney Dreyfuss bailed the team out and covered the expenses, but in return he asked for Clarke.

Clarke manned left field for Louisville and Pittsburgh for the next 18 years and became a star, hitting a career best .390 in 1897 and leading the league in a handful of offensive categories between 1894 and 1911. He played sparingly from 1913-1915, giving him 21 years in the majors.

Clarke also served as manager from 1897-1915 and won almost 60% of his games with the Pirates from 1900-1915, leading the team to four pennants and a World Series title. His .596 winning percentage is still tops among Pirates managers, and one of the highest of all time.