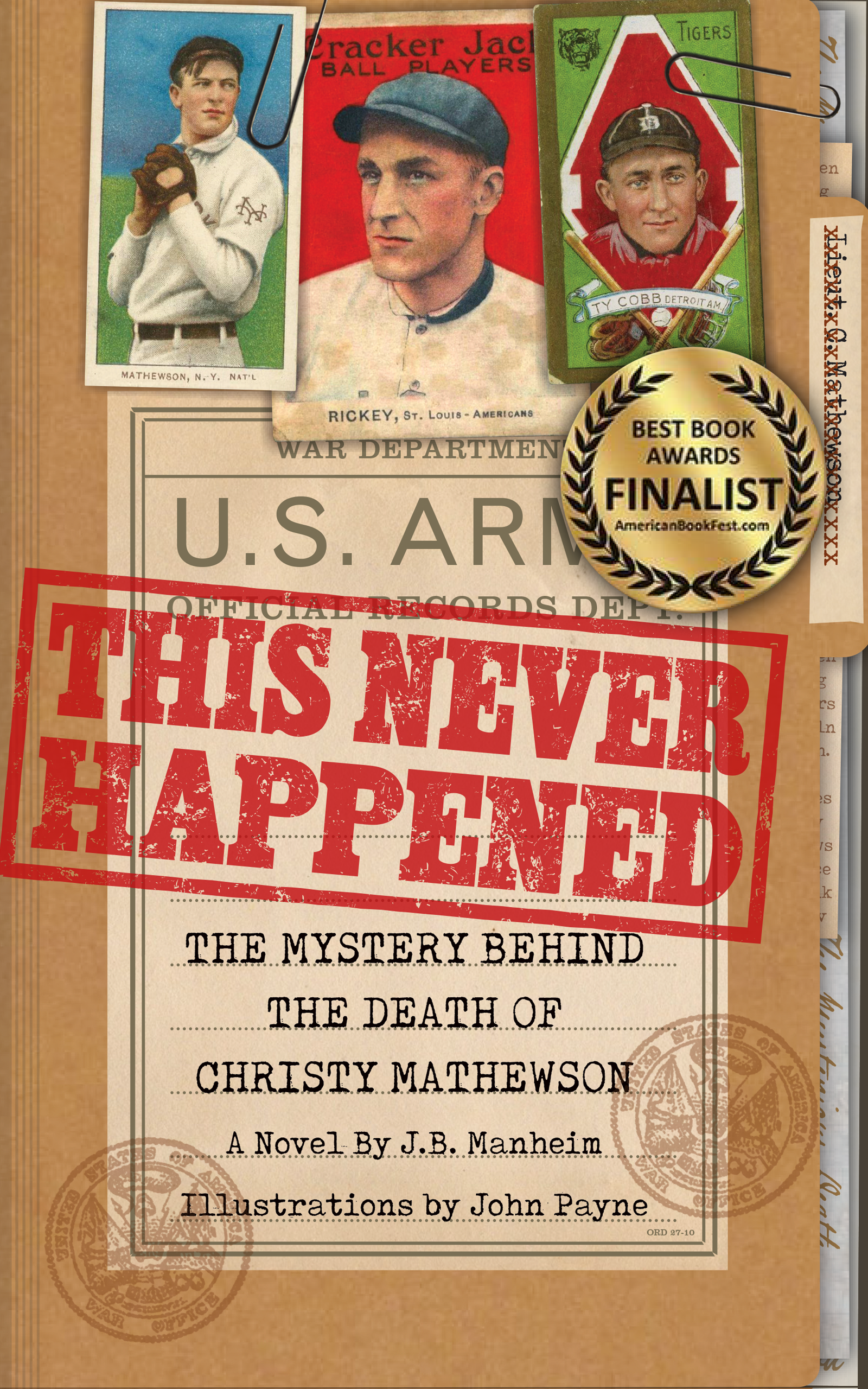 In his fact-based novel, This Never Happened, J. B. Manheim takes a look at one of the oft-told legends of early 20th century baseball—that Christy Mathewson died of TB after being exposed to poison gas in a training accident. But the details of Mathewson’s demise never quite added up. When J. B. discovered genuine army documents from WWI that placed Mathewson and other all-time greats, including Ty Cobb, Big Ed Walsh, and Honus Wagner, at a military training camp in the summer of 1918, the author’s imagination began to race.

Visit www.jbmanheimbooks.com to learn more about the author's journey to track down the WWI documents, his collaboration with renowned baseball artist John Payne for the book's illustrations, and the creative process that grew out of the army documents into the intriguing story told in This Never Happened. 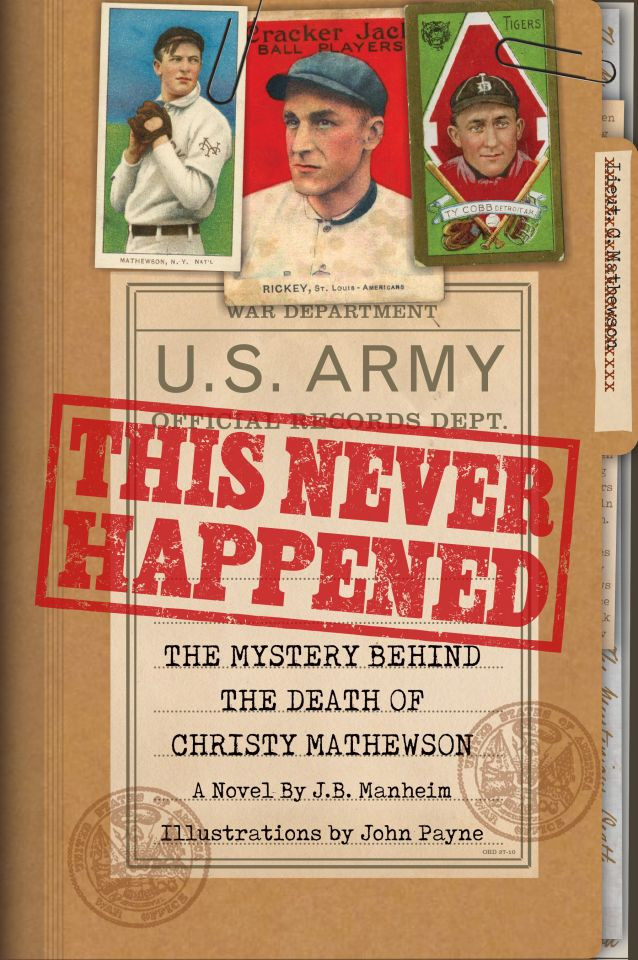