Gospel According to Casey, The 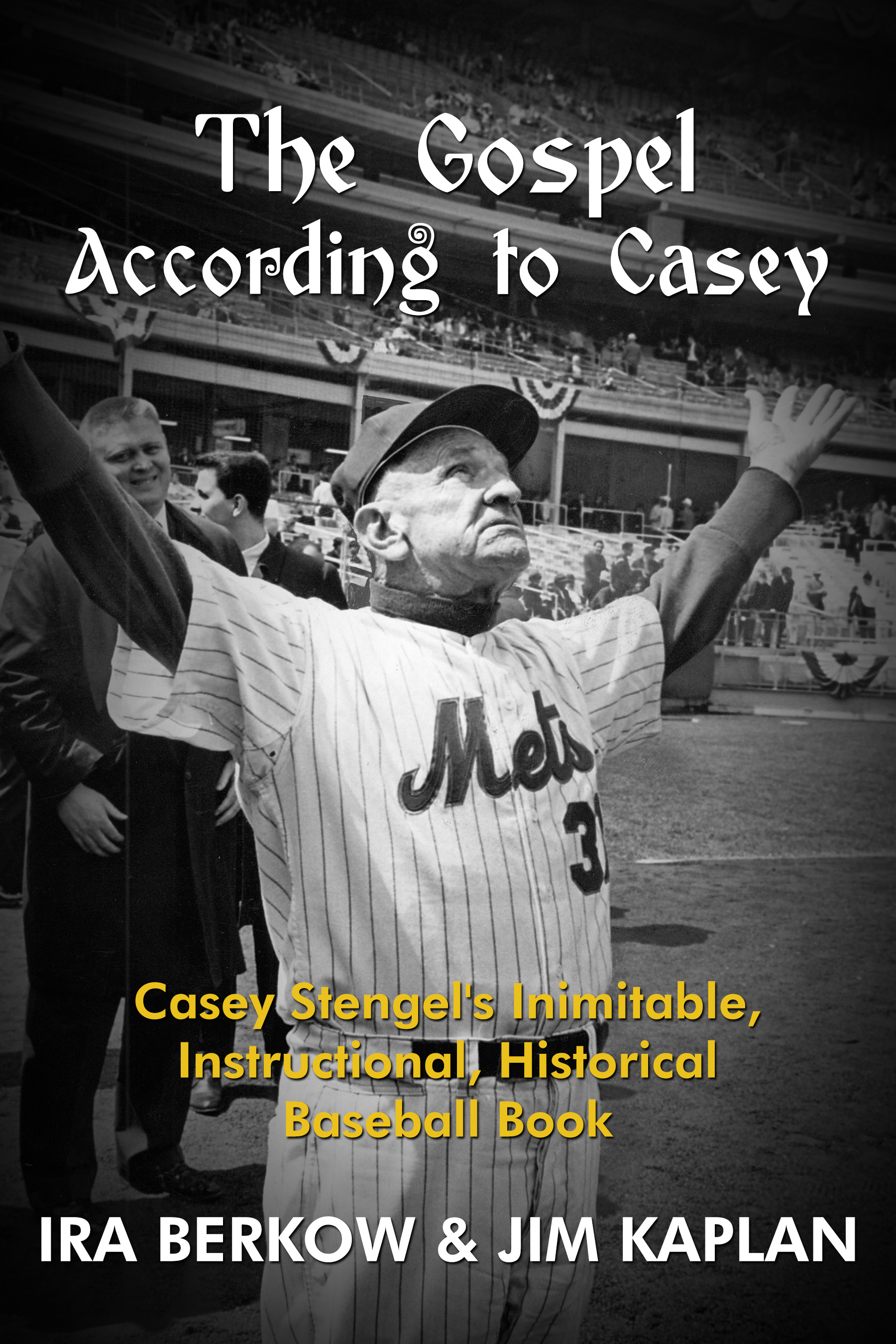 Casey Stengel is probably best remembered as the inimitable showman of the original New York Mets, who entertained sports writers and fans to the extent that the laughable Mets outdrew Mickey Mantle and the Yankees, who were in the midst of their second streak of five straight pennants, the first of which Stengel piloted. That Casey Stengel is memorable indeed, unforgettable in fact, and there’s plenty of those years in this collection.

But The Gospel According to Casey is so much more. The great baseball scribe Jim Kaplan and pulitzer prize winner Ira Berkow deconstruct Casey Stengel the manager as much as they fortify the legend of the man. Readers are given a tour of the game of baseball the way Stengel thought it should be played. His views and strategies on batting, pitching, fielding, base running, and managing itself are described through Stengel’s words and the words of the men who played for him, many of whom credit Case with making them far better ballplayers and men than they otherwise would have been.

A few tidbits to give some flavor for the book:

From the first page of Chapter 1, “A Discourse on Stengelese”
[reflecting on a minor league game he played] “I made six hits and a couple of tremendous catches in the outfield. I am so fast I overrun one base and am tagged out. I steal a couple of bases, which is embarrassing for me because there’s already runners on them.”

“It used to be that you had to catch the ball two-handed because the glove was so small. Why, when I got married I couldn’t afford dress gloves, so I wore my baseball mitt to my wedding and nobody noticed. That took care of my right hand, and I was smart enough to keep my left hand in my pocket.”

Casey made frequent visits to the mound in days as manager of the Amazin’ Mets, and the purpose was rarely to deliver good news:
[pitcher]: “I’m not tired.” [Stengel]: “Well, I’m tired of you.”
[Stengel, pointing to the stands]: “People up there are beginning to talk.”
[Tug McGraw, objecting to being removed from the game]: “But I got this guy out last time I faced him.” [Stengel]: “I know, but it was in the same inning.”

1. A DISCOURSE ON STENGELESE, or "Now Wait a Minute," by the Professor Himself

2. CASEY ON MANAGING, or "I've Been Doing Things That Were a Little Out of the Way for All My Life in Baseball"

3. CASEY ON PITCHING, or "Throw the Ball as Far from the Bat and as Close to the Plate as Possible"

4. CASEY ON FIELDING, or "You Got to Get Twenty-Seven Outs to Win"

6. CASEY ON SPEED AND BASERUNNING, or "They Ain't Moved Second Base, Have They?"

7. CASEY ON ATTITUDE AND EGO, or "I Couldna Done It Without the Players"

8. CASEY ON RACE, or "Give Me an All-Star Team of Them and Let Me Manage"