« My 30 Ballpark Summer: A Journey Through Baseball's GenerationsTed Williams: A Baseball Life »
Back to: Biography / Memoir

Born Into Baseball: Laughter and Heartbreak at the Edge of The Show 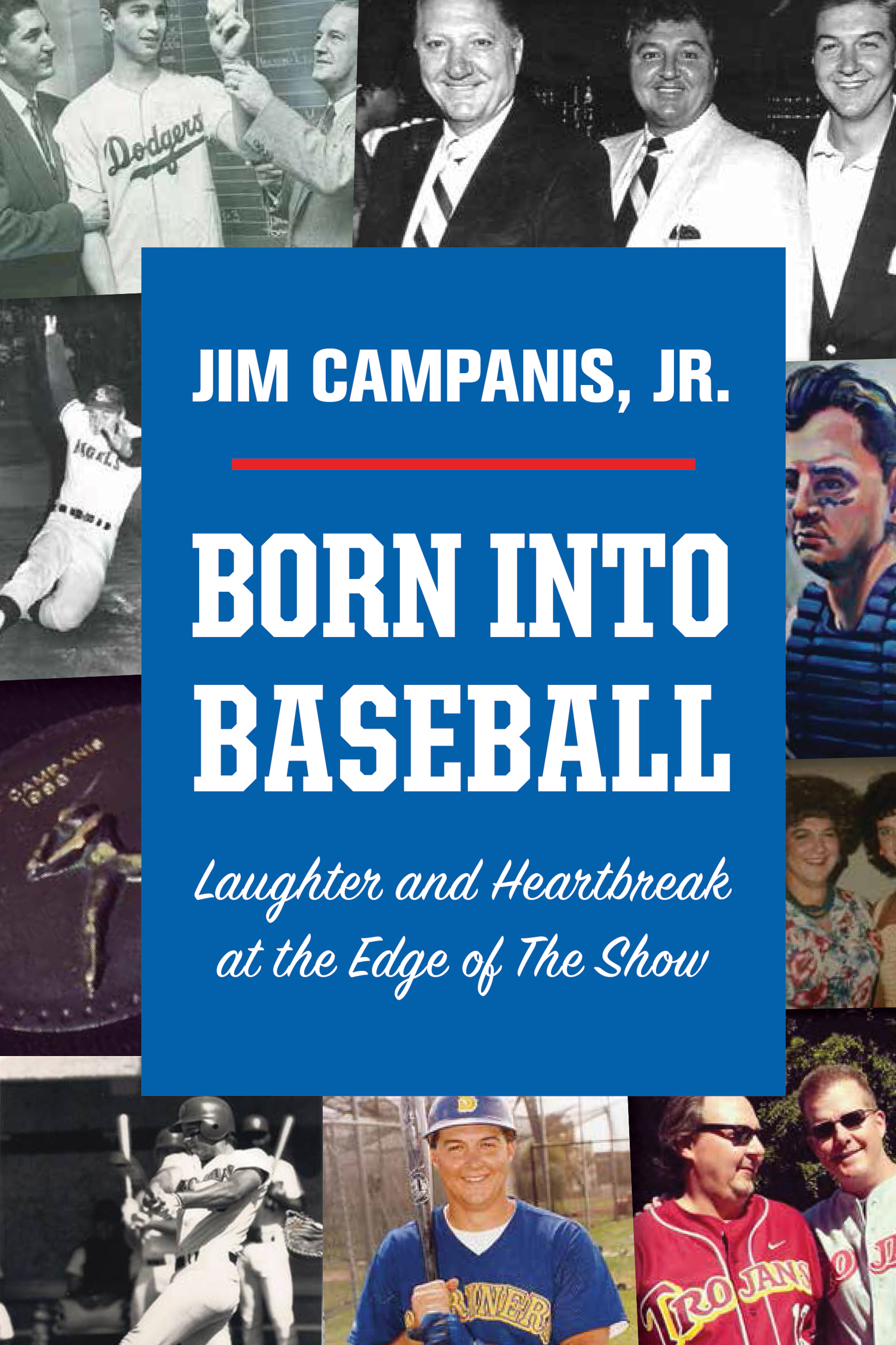 The baseball life of Jim Campanis Jr. has been far from ordinary. His father, Jim Sr., was a long-time pro catcher who spent several years on the Pirates where a 6-year-old Jim Jr. shagged flies next to major leaguers.  His grandfather Al was one of the most powerful men in baseball as GM of the Dodgers, but his career ended suddenly and shamefully after a disastrous appearance on Nightline.

Jim loves a good baseball story, and he has plenty of them to tell.  The pieces vary from instructional to confessional; from raucous humor to painful insecurities. We share in the thrill of being the hero and the anguish of falling short; from being a promising 3rd round pick, to suffering a devastating injury suffered the very day he was told he'd be getting a September call up.

What comes through more than anything in Jim's stories is the thrill of being a young ballplayer and the commaraderie of the clubhouse.  The endless laughs--the childhood misadventures, rookie hazings, locker room practical jokes.  They are the kind of wild adventures we expect from guys in their early twenties who are on top of the world living the dream of professional baseball, even if that dream is a far cry from the glamor many fans envision.

Jim's stories read like he was sitting next to you at a bar; they're personal, insightful, and never boring. Swiping Dusty Baker's hair pick so he could give it to Hank Aaron in exchange for an autographed ball.  Unwittingly selling a signed Willie Stargell jersey to fund his prom night; being taped to a stool and given Ben Gay Balls by his high school teammates.

We learn about the intense rivalries between elite California college baseball programs, from which lifelong friendships form. Getting beat in a race by Ken Griffey Jr....who was running backwards!  And the grueling life of minor leaguers, who have only their dreams of making The Show to help them endure the low salaries, seedy hotels, and endless bus rides they endure summer after summer.

We feel the joy when Jim's tournament MVP performance helps propel him to a spot on the US Olympic tream, and the anguish from watching his grandfather Al's life and reputation be destroyed almost overnight when his comments about African Americans turn him into a poster boy for everything that was wrong with race relations in big league baseball.  The irony was particularly bitter for grandson Jim, who knew Al to have been friend, mentor, and roommate to none other than Jackie Robinson in 1946, the year before he broke the color line.  Al's life changed forever after that night, and Jim's was never the same either.

In addition to the wealth of behind-the-scenes pieces, there is a lot of great writing about the game between the lines.  Jim was not blessed with awesome talent, but his background and thoughtful nature made him a great student of the game There are numerous pieces about how to play the game, especially the finer points of catching - receiving pitches, calling the game, handling pitchers.  Fascinating clubhouse rituals and traditions are described, from the game of "Flip," to how to live off of paltry meal money, to the fine that had to be paid for the gamut of Kangaroo Court infractions.

Introduction: Carrying on the Family Business

Afterword: It's Not Over...Til It's Over