The Anguished Joy of Sparky Lyle 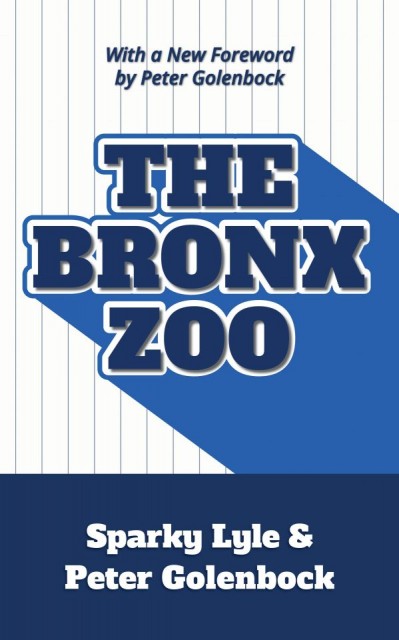 Sparky Lyle had one of the all-time great seasons for a relief pitcher in 1977 when he went 13-5 with 26 saves. In 60 appearances he totaled 137 innings, compiling an ERA of 2.17 and winning the AL Cy Young Award. His 137 IP out of the bullpen is inconceivable in today's baseball. But even then, Sparky was no middle reliever. Lyle had 60 games finished of his 72 appearances, meaning he was closer, but one who frequently entered the game in the 6th or 7th inning.

Rich Gossage had similar numbers in 1977 for the Pittsburgh Pirates, a little better even, finishing 12-9 with 26 saves in 72 appearances and 133 IP. Gossage's ERA was a microscopic 1.62, and he fanned an amazing (for that era) 151 batters. Interestingly, shockingly, "Goose" garnered exactly zero votes for his league's Cy Young Award.

That winter, Gossage was one of the hottest properties in the newly created free agent market, and despite Lyle's dominating season out of the bullpen, George Steinbrenner identified Gossage as a must-have property, and the Yankees signed him in November.

That's the dramatic tension laid out at the start of Lyle's diary of the 1978 season, The Bronx Zoo, co-written with Peter Golenbock. And that's what we hear a lot about in the book's early pages, not the incredible drama of the season that follows.

Part of what is so compelling about Lyle's account is that it is told in the present time, day by day, while neither Lyle nor anyone else knew whether he and Gossage would learn to co-exist, what Reggie and Billy would say or do next, or if the Yankees would complete their incredible second-half comeback and catch the Red Sox.

Reading about the clubhouse drama and clutch victories as they happened make the experience much more dramatic, even for the book's audience the following year who knew how everything turned out, though they did not know all the juicy details that Sparky dishes. That's one reason the book was a huge hit and spent more than half a year on the New York Times best-seller list.

Now, 40 years later, that in-the-moment effect is even stronger. The history of the 1978 Yankees is common knowledge, but experiencing the dramatic build of the season one day-at-a-time gives depth and texture to hundreds of behind-the-scenes stories. It is like a time capsule of late 1970's baseball and many of its greatest players and biggest characters.

The climax of the book is the historic 1-game playoff with the Red Sox. Lyle watches the whole thing from the bullpen, including the final out—Gossage inducing Carl Yastrzemski to pop out—despite the lefty Lyle being ready and despite Gossage having struggled in the game, allowing 5 hits and 2 runs in 2.1 innings before getting Yaz.

Lyle is marginalized further in the ALCS, appearing in only one game against the Kansas City Royals and not at all in the World Series.

Lyle explains that his health plays a role in keeping him out of the Series. As he explains it, "I wouldn't have been able to pitch in the first couple of Series games even if they had asked me. I have a varicose vein under my nuts that acts up sometimes. It hurts like somebody's hit you in the nuts with a hammer, coming up from inside. I've had it before, and always it goes away."

Lemon decided to rely on Gossage, who allowed only 1 hit in 3 appearances covering 6 innings, and Dick Tidrow, who hurled another 4.2 out of the pen, as the Yankees roared back to win the series in 6 after losing the first 2, for their second straight title.

So it's a conflicted state of mind that Lyle shares with us as the 1978 season wraps up—one of exultation mixed with frustration, a hollow sort of joy. Lyle is honest and insightful in writing about how he feels, just as he is throughout the book.

And that's the other thing that really grabs the reader with The Bronx Zoo—the guy telling the story. As Peter Golenbock writes in the conclusion of his new foreword for the Summer Game Books edition, "There's a reason The Bronx Zoo was the success that it became: It took a special story told by a special player. Sparky Lyle was indeed that special player."

The Bronx Zoo is available in Kindle at Amazon.com and will be available at other eBook retailers in the near future.