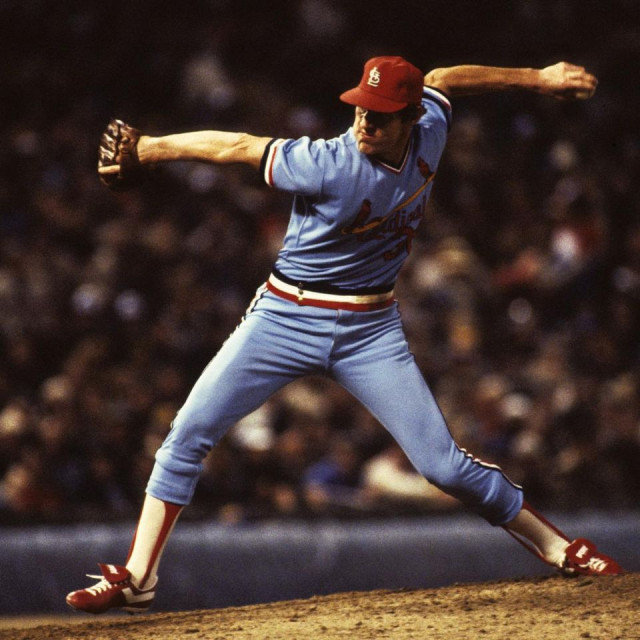 WAR is not the answer

The goal of modern baseball analytics is to render perceptions meaningless. Numbers don't lie, but people do, and times and the game changes, making it hard to measure greatness across eras, and by extension, which players should and should not be in the Hall of Fame.

Wins Above Replacement, or WAR, has become the short-hand tool to measure player value—a simple expression of how many more games a team would win with that player instead of a readily available alternative, or "replacement player."

It is well documented how baseball's Veterans Committee is responsible for electing nearly every questionable member of the Hall of Fame. The Frankie Frisch fraternity ushered in the likes of George Kelly, Jesse Haines, and Chick Hafey in the 60s and 70s, while much more recently, Tony LaRussa spearheaded the election of Harold Baines, one of the most passionately railed against selections ever.

Kaat on the ballot again

Meanwhile, Jim Kaat is on the VC list again; his longevity has extended into his retirement. Kaat accumulated "only" about 50 WAR and has a career ERA+ of 109, descriptive of a good but far from elite pitcher. To many, Kaat is a classic compiler. He played 25 seasons, appeared in 898 games, and threw 4530.1 career innings pitched. That's a lot of compiling!

Even worse for Kaat, in a number of those seasons his WAR was near or below 0.0, "meaning" he was a replacement-level performer. So why didn't the dude just step aside and let himself be replaced?

The reason is—and I remember Kaat well from those years—he couldn't be replaced. There were no other pitchers who could come in one night and get out a tough lefty, perform mop-up duty the next, and then a week later make a spot start or pitch in long relief. This sub-replacement-level pitcher somehow even appeared in 4 World Series games that year.

I haven't reviewed Jim Kaat's game log to get to the bottom of it, but one thing that stands out from those prime years is that even though he was a stud starter, he frequently pitched out of the bullpen too. From 1967-1970, Kaat started 133 games (he missed about 10 starts in 1968), but he also appeared as a reliever 24 times. Even in 1965, when the Twins nearly won the World Series, Kaat led the league with 42 starts, but he also collected 2 saves. At age 35 and 36, after he had changed to a quick-pitch, no-windup hurler, he won 41 games, hurled 580 IP, but still came out of the bullpen 5 times.

It's hard to imagine that these relief appearances helped Kaat's numbers; they probably cost him some starts and shortened others, which probably took away some wins. But it's pretty certain they helped his teams. Numbers are enough to show that throughout his career, Kaat helped his team any way he could. But following his career as I did removes any trace of doubt about that.

Whitey Herzog knew that to be the case, which is why he used the 40-something-year-old so frequently and in so many roles. Had Kaat been a self-interested starter who insisted on a single role, he probably would have won his 300 games, but his pitcher teammates and teams he played for likely would have won less.

As for the crime of compiling, Kaat is guilty of all charges. To maintain his effectiveness, he reinvented himself twice—first, after an injury, into a no-wind-up starter and then into a versatile reliever. Without making those changes, he probably would not have won 200 games let alone 283, and would have appeared in hundreds of games less than he did. One man's compiler is another man's warrior, I suppose.

Kaat's wins and WAR do not even touch on other aspects of his greatness as a player. As has been well documented, he won 16 gold gloves. For sure, some of those were won on reputation as in several seasons he actually made a lot of errors, but it was a reputation he earned. It can be said that Kaat revolutionized the role of pitcher as fielder. He pursued batted balls aggressively, casting aside the "avoid the ball" mentality, and with his perfect follow-through, athleticism, and ability to pitch to contact, became a fifth infielder.

As a batter, Kaat belted 44 doubles and 16 home runs in his career, including one as a 41-year-old on the Cardinals. His lifetime BA is .185 and he collected 5.6 WAR with his bat. He was even 5 of 6 in stolen bases for his career.

A no-brainer Hall of Famer

Finally, although I never met Jim Kaat, I spent a lot of time with him watching him play baseball, and then listening to him broadcast it. Between his years announcing the Yankees and nationally-broadcast games, I heard him call hundreds of games. And in all those hundreds of games listening to Kaat, I can say with full confidence that he never—and I mean NEVER—mentioned his own playing career, as excellent and eventful as it was.

Many former-player broadcasters whose careers don't even approach Jim Kaat's can't make it through one game, let alone 1000, without invoking the "I" word. And although nothing like that is even remotely part of Hall of Fame criteria, to me his modesty makes him a Hall of Fame person, which is even more difficult to replace.

Tweet
The Art of Baseball
Four Veterans Committee Players for the Hall of Fa...

Great information about a great player. In addition to these stats, Jim Kaat was recognized as the best fielding pitcher of his era. He won 16 Gold Gloves and when he left the game, only Brooks Robinson had more (18). Greg Maddux did win 17 as a pitcher after Kaat retired.

0 Cancel Reply
Great information about a great player. In addition to these stats, Jim Kaat was recognized as the best fielding pitcher of his era. He won 16 Gold Gloves and when he left the game, only Brooks Robinson had more (18). Greg Maddux did win 17 as a pitcher after Kaat retired.
Cancel Update Comment

man oh man, this is a great write up Walt! I appreciate pitchers who do triple duty, as starters, relievers, and mop up men. Humble, as you suggested. I see you posted this on Thanksgiving. Thanks for giving! Looking forward to reading your next post!

0 Cancel Reply
man oh man, this is a great write up Walt! I appreciate pitchers who do triple duty, as starters, relievers, and mop up men. Humble, as you suggested. I see you posted this on Thanksgiving. Thanks for giving! Looking forward to reading your next post!
Cancel Update Comment