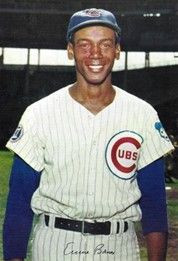 To paraphrase Mark Twain, everybody complains about who's in and not in the Hall of Fame, but nobody does anything about it. Nobody but David Gordon, that is. David has devised a new metric called Career Value Index, or CVI, to measure the greatest baseball players in the history of the game. The results of his inspiration and perspiration are presented in our new title BASEBALL GENERATIONS.

CVI is a WAR-based metric that advances the comparison and ranking of the all-time greats in two significant ways: 1) Career peaks are weighted in a way that is far more meaningful than Jay Jaffe's popular JAWS rating; 2) several limitations of WAR are addressed, and to a large degree, overcome, making it easier to compare players from different positions and different eras.

To the first point, CVI gives extra credit for every season in which a player's WAR exceeds a threshold (typically 5.0), which is generally considered the level of an all-star season.So Henry Aaron gets bonus CVI points for all 16 years his WAR exceeded 5.0, while Don Sutton gets bonus points for only his three seasons that exceeded 5.0. JAWS, which has been very useful since its inception, inflates the value of players' seven best WAR seasons—an arbitrary number—giving short shrift to superstars and boosting what might be average seasons for lesser players.

The cases of Ernie Banks and Fred Clarke, both Hall of Famers with identical career WAR totals of 67.8, are presented in the book. Clarke was a good player for a long time, but his WAR exceeded 5 only twice in his career. Banks, on the other hand, was a superstar in the late 1950s, and his 5-year stretch of excellence bumps up his career CVI to 83.8 versus only 57.8 for Clarke. (A career total CVI of 60 is the approximate cutoff point for HOF-worthiness.)

CVI also makes several adjustments to WAR to correct what the author sees as an undervaluing of catchers, relievers, designated hitters, and 19th century hitters (who played shorter schedules). It also interpolates lost seasons due to wartime military service and racial discrimination, and devalues WAR totals for seasons in which players were known to have used steroids.

Morris and Waner and Baines Oh My!

But BASEBALL GENERATIONS is far more than an exercise in number crunching. The author breaks down the game's 150-year history into 7 eras, or generations, and provides thumbnail profiles and statistical analyses of the top players from each generation in the context of which of them are in the Hall of Fame—who should and shouldn't be according to CVI—as well as who the best players are who have not been "immortalized." 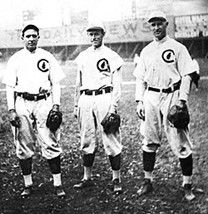 For all of you who have railed against the inclusion of Jack Morris or Freddie Lindstrom in the Hall of Fame, CVI provides hard-to-refute ammunition for your arguments, and for the often subjective and sometimes indefensible selections of the Veterans Committee. According to Gordon's analysis, nearly one-third of Hall of Famers are less deserving to membership than other players on the outside looking in.

In addition to David's blog, visit his book page where you can download the entire chapter defining and explicating CVI, as well as a chapter covering one of baseball's generations.

Reading it now - it's terrific!